So after Ipoh I was superexcited to go to an island.  I had been looking forward to the ocean and a lovely beach, the wait had been long enough. On the ferry the the view was beautiful and promised good things to come.

But Georgetown was not exactly what I had expected. There is a beach (Monkey beach) but you have to take the bus to get there and no hostel aroud. I had imagined a beach by my doorstep spending most of my time in a sunbathing chair having fresh frut beside me. I soon realized that woulnd’t happen. There are tents one can rent and sleep on the beach but after hearing a not so pleasent story from someone who did just that I decided to save my dream scenario for a later occasion. This does not mean Geogetown had nothing to offer. Quite the opposite, lots of street art, food, Chinease festival and lovely people. My first day I spent walking around and getting to know the town.

I also went to a chocolate and coffee museum they have where you get free samples of different types. Worth a visit if you have unlimited time to spend 🙂

When I arrived to Georgetown I was informed that there was a Chinease festival currently taking place not far from the hostel to celebrate a wealth God. It was the night before the big finale so not to much going but I went and had a look. There was plastic pool with water and something else in it. But the most entertainment to celebrate the God of wealth…karaoke!

Another random thing that happened that night when I was walking around, was when this guy passed me by 🙂

Like I wrote before Georgetown has some great street art, definatly worth walking around town for. 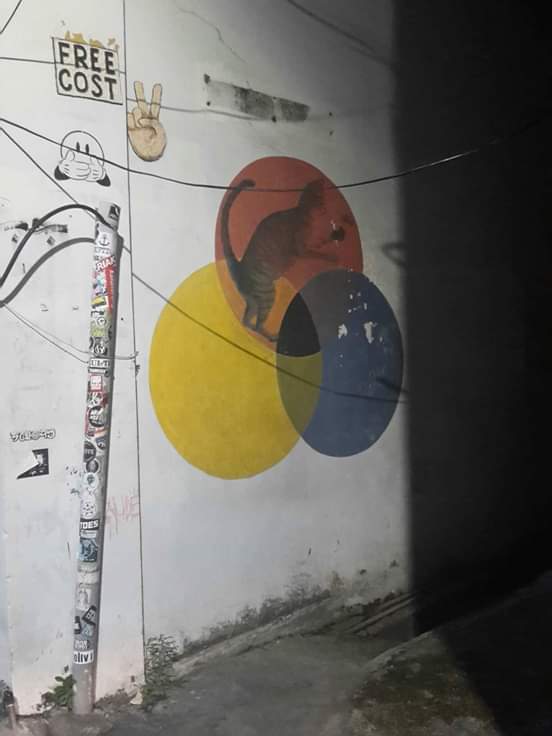 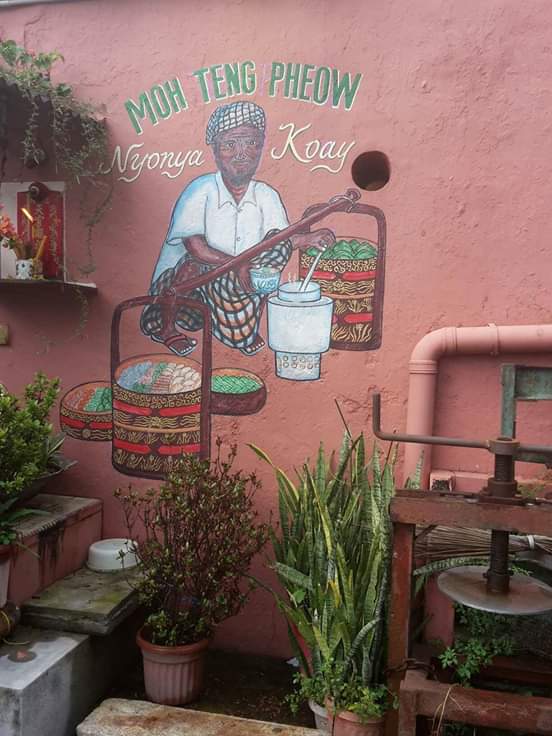 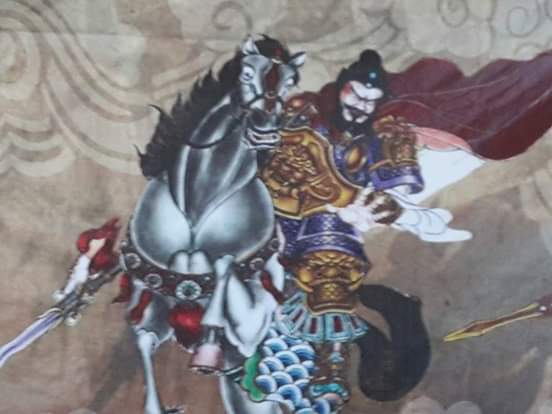 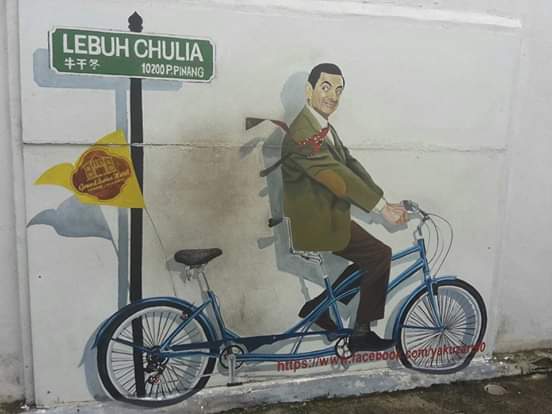 I was lucky enough to met a local man by the name of Theo at my hostel (Just Inn) who taught me alot about the Malaysian history and Gerorgetown. He himeslf is of Chinease heritage which is the biggest group in Georgetown. He taught me alot about their history and culture. We spend a whole day together where he took me on a temple and local food tour around the town. The temples we went to consisted mosly of Chinease ones. 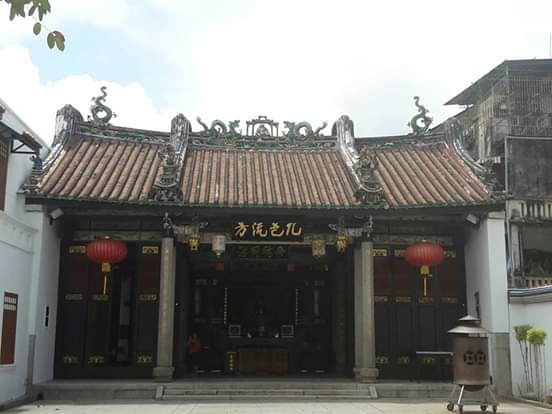 We also went to a Tibetean temple. This temple was definatly my favorite one! 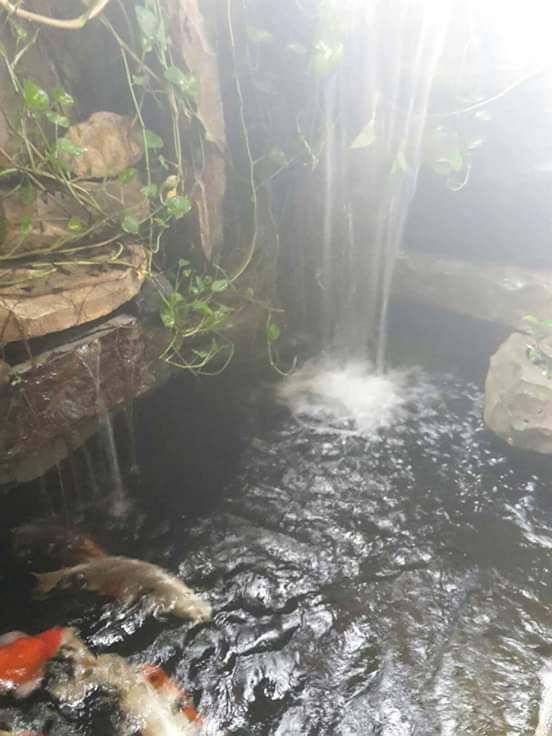 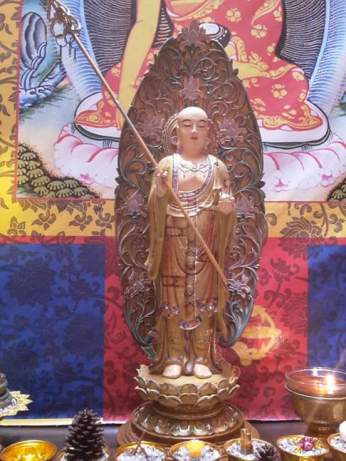 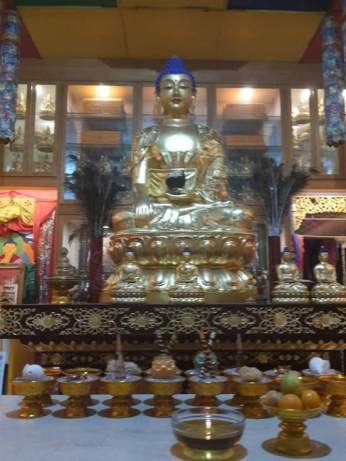 Ok, so now on to the fooood 🙂 We started with breakfast consisting of really smoth tofu with liqufied brown sugar. I was sceptical at first but it was quite good and full of protein. The local man who did’nt speak a word of English gave us he’s last scoups of tofu and it was only 9 in the morning. Theo explained the locals have this for breakfast and usually the tofu is powederbased but this man’s tofu was so poluplar among the locals since it was pure tofu made from scratch (not poder formula). it cost about 2 RM ( 0,50 USD). For luch we went to little India, we orderned  the delicously spicy food. I got the banan leaf vegitarian dish and mango lassi which cost 10 RM( about 2,5 USD). We enjojed the food for two hours talking about the second world war from the Chinease perspective and the aftermath that are ongoing until this day. It was raining heavily outside so it was time educationally well spent for me.

For desert we stopped by a fruit stand and I had an Malaysian apple, really good and super sour! The woman todl me if I wanted to eat it like locals I should have it with the brown thing you can see in the picture. Not sure what that was but it was not tasty so I just ate around it haha. While we had our fruit we watched locals play a traditional Chinease game. Theo tried to explain it to me but it was to complicated for me 😦

For dinner we went at a local food stand. I had noodles with fried veggies, good and only 1,5 RM (0,40USD).

Like I wrote previsouly, I was lucky enough to be in Georgetown for the Chinease festival celebrating the wealth God. It’s probably one of the craziest things I’ve ever seen.  When I went with Theo every temple around town, there are about 70 ones had there own caravan decorated with different lights, insense and God sculptures.

I noticed big long swords and Theo explained that those were going to be pierced through some peoples faces. I was sure that was a joke. It was not. One by one people would drop by running around, shaking with closed eyes. They were under trans and not conscious. Because of this they could get the swords pirced through their bodies. It was quite uncomfortable to watch. I have a video of one below so if you’re sensitive dont watch!

Traveling is of course not just about destinations but also the people you meet. So I have to mention a Iovely artistic woman by the name of Betta from Italy! We had some lovely conversations jumping from seriousness to laughter. She had such a positive aura and depth, hopefully I’ll see you agin and good luck with your artwork!

I also meet two sisters from Spain, Anna and Sara, we spend our last full day in Gergetown together, enjoing the street food one last time and sovenirshopping! I’ll see you guys in Spain 🙂

My time in Georgetown is up!

Want to support the blog? Donations would mean more time to write and maintain the blog